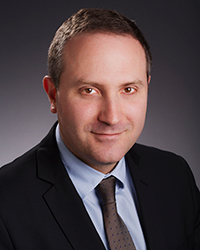 Founder of the Firm

He is qualified as Avocat au Barreau de Paris (1998) and Solicitor of England & Wales (2006) and attended Paris Sorbonne and Harvard Law School.

Since 1995 Gilles has developed a complete expertise in franchising, covering contract both French and international, corporate and M&A, litigation, and the role of general counsel to franchisors. As such he has progressively grown into a seasoned deal maker and troubleshooter.

Advocate of the franchise system as the best tool for economic, human and country development, he is a regular speaker  at French or foreign events and writes articles.

Gilles works with consultants for franchise build up operations, from across the board.

From 2007 to 2012, Gilles has organized 57 seminars, on all topics of franchising with hundreds of business people, franchisors and consultants.

In 2013, Gilles advised during a 5 months marathon stretch of time a french F&B Group in the negotiation and signing of the meg franchise deal sealing the return of Burger King in France, which has had a transformational impact on the F&B landscape in France ever since.

Since 2015, on the invitation of the US Government, Gilles assists the tunisian Government, in particular its competition authorities, which is pursuing a process of modernisation of its legal environment with regard to franchising and trade in general, the goal of which is to enhance international trade. This process is due to be extended throughout North Africa. On December 2, 2015, he shall be the keynote speaker at the franchise fair in Tunis.

Gilles gives seminars on franchising to board rooms of listed companies. He takes part in franchise network annual meetings.

He is co-author of the French Chapter of the International Franchise Sales Laws book published by the Forum on Franchising of the American Bar Association, which is the definitive book on the topic, the co-editors being Andrew P. Loewinger and Michael K. Lendsey.

Three other books have been published of which Gilles has been an author namely:

He is recognized by peers and has been selected every year from 2010 to 2020 in the International Who’s Who of Franchise Lawyers, refered to as “brilliant” and “one of the best lawyers in the country”, renowned for his work with both established brands and start-ups and clients value his “spot-on” counsel.

he has in particular been appointed as one of the 30 most Highly Regarded Individuals in the world in Franchising law.

From 2011 to 2020, he has been selected in distribution and franchise law by the legal magazine Revue Décideurs.

In 2020, Gilles has launched several IT Tools and internet services, among which jurisprudence franchise, a webplateform dedicated to franchise law and which provides a call to action to clients in litigation situations by offering a no win no fee strategy.

In parallel in 2020, in the context of Covid-19, Gilles and his team put to use their in depth knowledge of chinese international contracts to help secure the acquisition of  51 million masks, gloves and tests for the French Government, in assisting a strategical french medical listed company which acted as go-between with chinese industrial companies.

Gilles has also entered the board of UniPharma Group, an international organization dedicated to assisting war zone countries in providing medical supplies in the form of revolutionary anti microbian products.

He teaches franchise and European distribution law as adjunct professor for Masters students at the Paris Nanterre University.